1.Free consultation from oncologists in Office. 2.Free airport shuttle service: patients are able to get to the hospital directly after deplaning. 3.Professional translation team: promotes the communication between patients from different countries.
Read more >>

Interventional therapy is a mini-invasive therapy performed under the guidance of medical imaging equipments. With a 1-2 millimeter incision, paracentesis can be performed with the lead of medical imaging equipment. Then a special tube, catheter or other sophisticated apparatus are introduced to inhibit the growth and spread of cancer cells, so as to cut off the tumor’s blood supply and reach the effect of local chemotherapy without any toxic side effects of chemotherapy. Interventional therapy not only improves drug concentration, but also reduces drug dose and side effect.

Cryotherapy, also known as "Argon-Helium Knife Cryotherapy" or cryoablation, is a new substitute of traditional physical therapy, but can remove tumor tissues just like scalpel. Cryotherapy is a kind of minimally invasive therapy which removes diseased tissues percutaneously. It is the first medical technology that adopts the guidance technology of space rocket, and it is the only high precision medical technology that has the dual effect of extreme cold and heat, and it has been approved to use in treating cancers by the America Food and Drug Administration.

Nanoknife is a brand-new cutting-edge ablation technology for tumor treatment. Derived from Irreversible Electroporation (IRE), it breaks the membrane of tumor cells with high voltage pulses from electrode probes, resulting in multiple irreversible nano-meter electroporated holes. Thus, it destroys the balance in and between tumor cells and accelerates their death.

Particle Implantation uses some small iodine radioactive particles that can give off short-range γ-ray to kill tumor cells continuously. Local Radiotherapy achieves the same internal radiation effects as surgery does. Local Radiotherapy is suitable for patient with primary tumor or metastatic tumor.

Taking microwave ablation, a 2mm probe will be inserted into tumors, and micro electromagnetic waves will be released to destroy and ablate the cancerous tissues directly. Targeting clearly and affecting intensely on the tumor, MWA won’t produce obvious side effects to normal tissues. Moreover, microwave ablation has the effect of stimulating immune system, improving immune function and preventing the metastasis of cancer cells.

Gene Targeted Therapy is to research and choose medications according to different types of gene mutation. It reduces the side effect of drugs on human body. Gene Therapy is a supplementary therapy which replaces cancer genes by normal genes. It aims at the root of tumors. In MCHG, we treat cancers with Targeted Gene Therapy.

St. Stamford Modern Cancer Hospital Guangzhou modified conventional chemotherapy, minimizing its side effects while maximizing the efficacy, which is believed to be a new chemical weapon to treat malignant tumor. With the advantages of reducing side effects greatly, those chemotherapies applied in the hospital are considered as green chemotherapy.

Photon Knife is also named Three Dimensional Conformal Radiotherapy - Multiple Fields, Non-coplane, and Conformal Therapy. Photon knife, shorted for photon isotron system, is a medical approach to kill tumor cells by photon radioactive ray. It is named as photon knife due to its equal effects as surgery. Photon Knife is a technique that radiation beams used in treatment are shaped to match the tumor. Photon Knife uses the targeting information to focus precisely on the tumor, while avoiding the healthy surrounding tissue. This exact targeting makes it possible to use higher levels of radiation in treatment, which are more effective in shrinking and killing tumors.

As a high-end medical imaging devise in the world, PET/CT is one kind of technology that in anatomic form to obtain images of function, metabolism and acceptor. PET/CT has the characteristics of no trauma, accurate detection of small and hidden nidus. With accurate diagnostic rate of more than 90%, PET/CT plays an important role in the planning treatments.

Two different frequency electricity flows vertically cross in the deep human body, where interfering electric field is produced and the temperature of the cancer tissues is heated to 42.5 degree centigrade to 43.5 degree centigrade. This temperature will last for more than 40 minutes, causing obstruction to cancer cell growth and apoptosis to cancer cells. Thermal therapy not only has toxic effect on cancer cells, but also enhances the treatment effect of chemotherapy and radiotherapy, improve body immunity and inhibit cancer transfusion.

Radiofrequency ablation, sometimes referred to as RFA, is a minimally invasive treatment for cancer. It is an image-guided technique that heats and destroys cancer cells. Under the guidance of image, RFA, a physical method to inactive and kill the tumor, is performed with minimally invasive paracentesis to introduce the heat generator into the tumor. Ablation is targeting and can affect the tumor strongly while no side effect happens to normal tissues around. The efficacy of RFA is same as invasive surgery, so it is a special knife without operation—Ablation knife.

Basing on the principle of “safety and beauty”, the tumor will be removed firstly and then prosthesis implantation and autologous tissue transplantation will be performed to reconstruct a breast according to patients’ condition. The reconstructed breasts look the same as normal breast, which can help women regain confidence.

Under the guidance of CT or B ultrasound, radioactive particles and chemotherapeutic particles will be directly placed into the tumor to kill cancer cells. Radioactive Particle & Chemical Particle Combined Implantation is effective in treating advanced stage cancer, which has the characteristics of simple operation, small trauma and low recurrence. 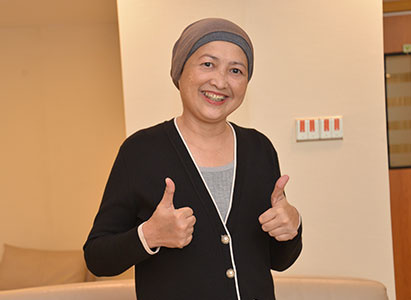 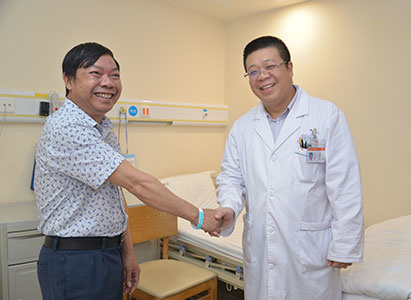 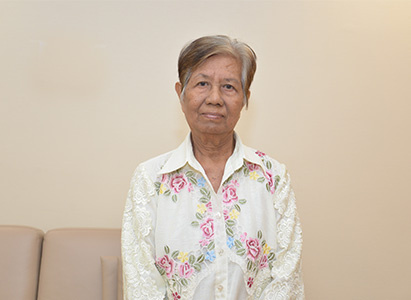 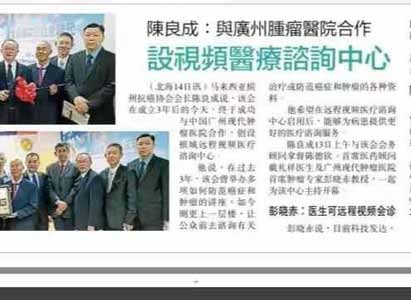 Location of Our Hospital Seeking a Second Opinion for Cancer Treatment from Home

Cancer patients or their families who consult with latest medical reports will receive 10 pieces surgical masks sponsored by Penang Office. ... 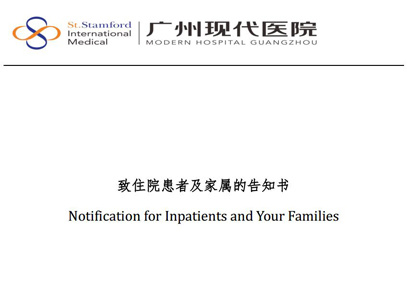 Notification for Inpatients and Your Families

In order to secure the prevention and control of novel coronavirus pneumonia and to effectively protect your health and life safety, according to the L...